The discovery of the Asian Emerald Cuckoo Chrysococcyx maculatus at Sentosa by Tuck Loong and Esther Ong on 23 December had to be one of the birding highlights of the year. Another was the sighting of a female Narcissus Flycatcher Ficedula narcissina that stopped over for 3 days at Dairy Farm NP on 28 November by Veronica Foo and Marcel Finlay. Two sightings of the vagrant White-throated Needletails Hirundapus caudacutus over the Henderson Wave on 19 and 31 Oct by Keita Sin and one over Jelutong Tower on 25 Oct by Francis Yap ( Cover photo). The cuckoo and flycatcher were only our second records for these species, while the needletails were our second, third and fourth records.

Other rare visitors include the Asian House Martins Delichon dasypus, seen thrice, 11 March at Kranji Marshes by Martin Kennewell, 19 October at Henderson Wave by Keita Sin and 24 November over Jelutong Tower by Francis Yap. Two Yellow-browed Warblers Phylloscopus inornatus, one at the Bukit Timah Hill summit on 18 January by Francis Yap and the other at Sentosa on 24 November by Lim Kim Chuah. A Siberian Thrush Geokichla sibirica was photographed by Khong Yew at Dairy Farm on 25 November and a Himalayan Cuckoo Cuculus saturatus on 3 January at Pulau Ubin’s Butterfly Hill by Keita Sin. A ‘summer visitor’, the Austral Horsfield’s Bronze Cuckoo Chrysococcyx basalis duly arrived on 27 May at Seletar end when Francis Yap went to look for them. 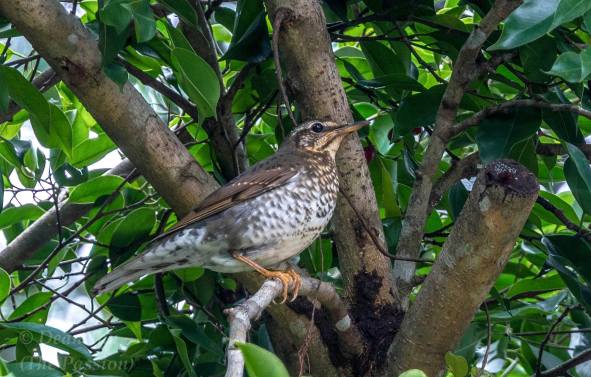 A good number of rare and endangered flycatchers were sighted during the year. The globally threatened Brown-chested Jungle Flycatcher Cyornis brunneatus was recorded at Jurong Island and even Sungei Buloh WR and its usual haunt Bidadari between 30 September and 7 November. The non-breeding Brown-streaked Flycatchers Muscicapa williamsoni came over between August 13-26 and were spotted at Pasir Ris Park, Jelutong Tower and Portsdown Road.

Laurence Eu gave us an early arriving Green-backed Flycatcher Ficedula elisae when he photographed one at Dempsey Hill on 7 September, 10 days ahead of the previous extreme date. There were five more sightings of this flycatcher all at the Central Catchment Forest up to 6 April. Low Choon How had a new late departure date for the Japanese Paradise Flycatcher Terpsiphone atrocaudata on 3 April at Simei. Other sightings of this flycatcher was at Belayer Creek on 24 October by Laurence Eu and a female bird at Bidadari on 12 and 18 November. Rounding up was the Zappey’s Flycatcher Cyanoptila cumatilis, a recent split from the Blue and White. A first-winter bird was photographed by Khong Yew at Dairy Farm NP on 21 November, with Dave Bakewell providing the identification. 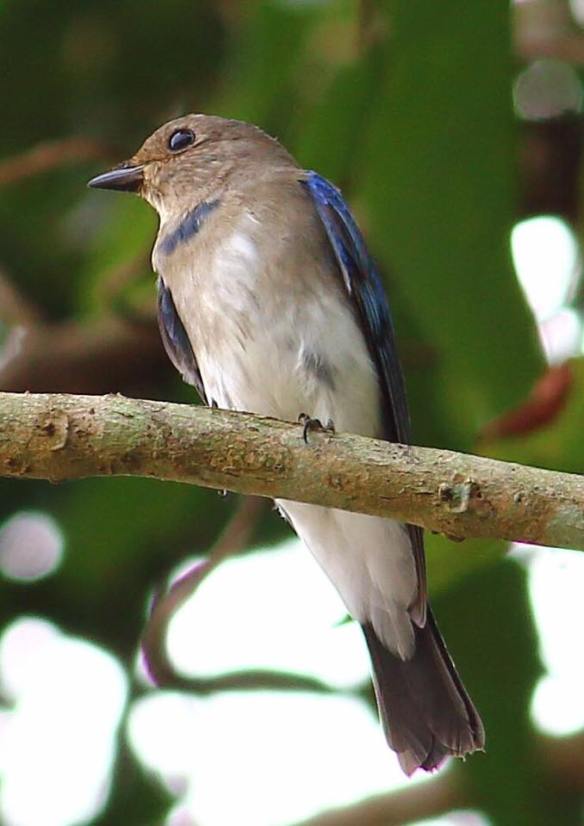 Other notable visitors for the year were the Black-capped Kingfishers Halcyon pileata, a photographers’ favourite, recorded at Kranji Marshes, Marina Barrage, Neo Tiew Lane 3 and West Coast Park between 20 October and 21 December; and Grey Nightjars Caprimulgus jotaka on 3 November at Satay by the Bay (Christina See), and one at Bukit Batok on 2 December by Lena Chow. Both were new for the sites. They were also recorded at Bidadari, Chinese Gardens, Rifle Range Link, One-north and AMK Park. 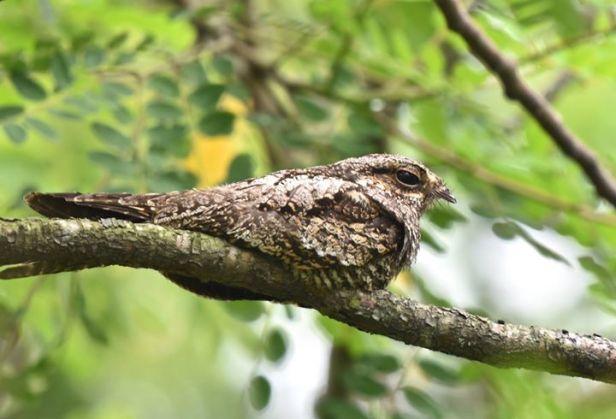 A low roosting Grey Nightjar at the Chinese Gardens by Looi-Ang Soh Hoon. The species was seen at six other places.

A dead Hooded Pitta Pitta sordida found at Toa Payoh on 20 November was the first for the season. Over at Seletar end, Goh Cheng Teng reported the Red-throated Pipit Anthus cervinus on 25 November. The confiding Lanceolated Warblers Locustella lanceolata were present at Seletar end on 10 March and Tuas South on 29 Oct as per entries in ebirds by Martin Kennewell and James Lambo respectively.

Complied from the monthly Bird Reports for 2017 by Alan OwYong, edited by Tan Gim Cheong. Reference: Lim Kim Seng, The Avifauna of Singapore. Nature Society (Singapore) 2009. Many thanks to Alan OwYong, Dean Tan, Francis Yap, Khong Yew and Looi-Ang Soh Hoon for the use of their photos.