The star sighting came on the last day of the month. Those who went on the Raffles Marina-NSS Bird Group’s maiden cruise to the North West of Singapore was rewarded by the fly past of the Lesser Adjutant, Leptoptilos javanicus.(Link). This rare resident was only added to the checklist two years ago.The dreaded news of a grounded Himalayan Vulture, Gyps himalayensis, found at Toa Payoh by Wandee Sofae on the 5th meant another loss of this species in the wild. As with most vultures found here this one was exhausted and collapsed on the roof of the flats there. ACRES retrieved it and it may end up in the Singapore Zoo if it survived. On a brighter note, two rare Cotton Pygmy Goose, Nettapus coromandelianus, made a surprised visit to the Lotus Pond at Satay by the Bay on 15th.(Hio John and Lilian Tay) Link. Unfortunately it stayed only a day. That was enough to draw birders and photographers to the Bay Gardens. Those that came were rewarded with some new and rare finds in the days that followed.

The Himalayan Vulture collapsing on to the roof of a flat in Toa Payoh. Photo Wandee Sofae.

Chai Lee Fung shot a Chestnut-winged Cuckoo, Clamator coromandus, an uncommon winter visitor there on 11th. A family of Red-legged Crakes, Rallina fasciata, was photographed by James Tann on 18th. This uncommon resident must have been making their home here for sometime. Then another uncommon resident crake, the Ruddy-breasted Crake, Porzana fusca, was photographed by Millie Cher two days later. She later posted a photo of the globally threatened Straw-headed Bulbul, Pycnonotus zeylanicus,on 27th. An excellent find that provides evidence for the dispersal of this uncommon resident through Singapore. Another bulbul, the Cinereous Bulbul, Hemixos cinereus, a non- breeding visitor, was also recorded on the 30th by Mark J. Oei at the Meadows by the Bay. The last four species are new to the gardens. These finds just shows how efforts to make the gardens attractive to birds and wildlife are paying off. 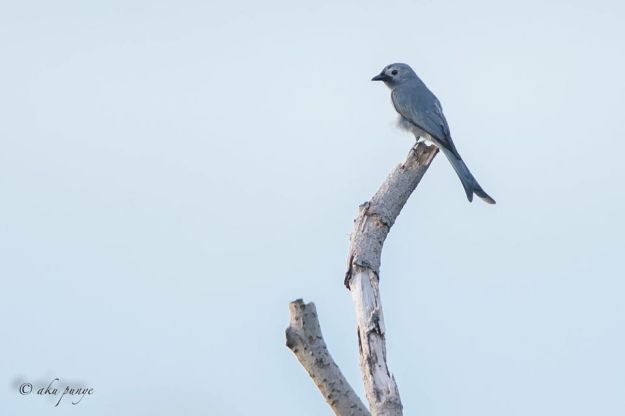 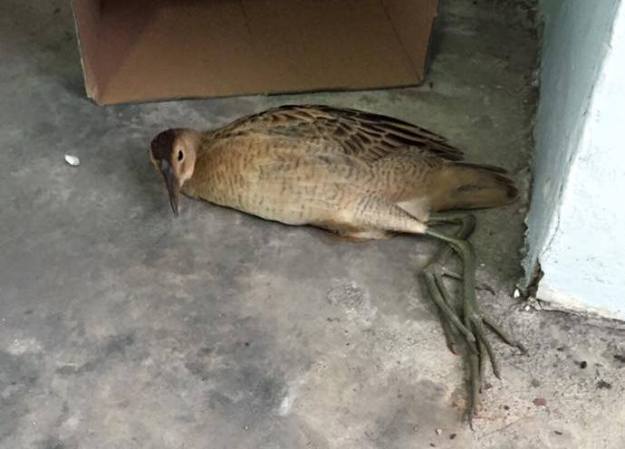 The influx of the Watercocks Gallicrex cinerea, continued. One at the Japanese Gardens on 2nd (Loke Peng Fai), another at Tuas South on the 3rd (Francis Yap),  a dead bird at Pasir Ris Street 11 on 4th (reported by David Tan) and another crashed into St Margaret Primary School (reported by Chee Wei-Lin). Fortunately this Watercock survived thanks to the quick action of ACRES.

Most of the shorebird records came from offshore islands. Up to 6 Bar-tailed Godwits, Limosa lapponica, were seen wintering off Chek Java on 16th by See Toh Yew Wai, but only two Curlew Sandpipers Calidris ferruginea, were counted at Mandai Mudflats by Lim Kim Keang, a lone Whimbrel, Numenius phaeopus, at P. Semakau by Andy Dinesh both during AWC on 23rd. Andy also videoed 4 Grey Plovers, Pluvialis squatarola,at Semakau South on the 8th. This is the first record in the southern islands for this Plover. Another flock of 20 Grey Plovers and about 90 Great Crested Terns Thalasseus bergii, were seen off P. Sekudu on 25th by Lim Kim Keang.

On the raptor front, a Jerdon’s Baza, Aviceda jerdoni, still chose to hang out at TEG on the 1st (Lim Kim Keang). They were also seen over at Lorong Halus the next day by Lau Jiasheng, Danny Lau and Tan Kok Hui. A Common Kestrel, Falco tinnunculus, was photographed at Punggol Barat on 5th by Zacc HD and Gim Cheong on 25th. A Rufous-bellied Eagle, Lophotriorchis kienerii, was photographed over at BTNR by Kieta Sin while a Crested Serpent Eagle, Spilornis cheela, was also photographed at SBWR by Lim Kim Seng both on 9th. Con Foley had a sub-adult Japanese Sparrowhawk, Accipiter gularis, over Bidadari and a Peregrine Falcon, Falco peregrinus, of the subspecies japonensis was photographed over at SBWR Eagle Point by Cindy Yeo both on 14th. Tan Gim Cheong reported a dark morphed Booted Eagle Hieraaetus pennatus, at Punggol Barat on 25th. And on the last day of the month, a possible Northern Boobook was reported at Pasir Ris Park by Goh Cheng Teng. Based on the photos of Jack Lau, the breast markings does not show the usual heart-shaped patterns that indicate the Brown-hawk Owl. This led to a rush of photographers and birdwatchers to the park to capture a potential lifer just in case it turned out to be the rare migratory Northern Boobook, Ninox japonica. (Note that current research suggests that the heart-shaped patterns is not necessarily a surefire way to distinguish the two owls, research on the separation of the two owls is still ongoing)

This report is compiled by Alan OwYong from the postings in various facebook birding pages, bird forums and individual reports. Some were not verified. We wish to thank all the  contributors for their records. Many thanks to Lee Tiah Khee, See Toh Yew Wai, Lim Kim Keang, Wandee Sofae and Zacc HD for the use of your excellent photos and Yong Ding Li for editing this report.