Black-crowned Night Herons, Nycticorax nycticorax, as the name suggests are nocturnal birds. They rest in the day and hunt at dusk. As such they do not need bright plumages like other birds. Both sexes have the same grey and white plumage. None of the guidebooks and images in Oriental Bird Club have captioned the sexes and separate them.

I was lucky that a small colony of these herons took up residence at the mangroves at my backyard, Pasir Ris Park and nested. This allows me to photograph them at various stages of growth.

These are my observations and humble assumptions:

Juvenile birds have dull grey-brown plumage on their heads, wings, and backs, with numerous pale spots. Their underparts are paler and streaked with brown. The juvenile birds have orange eyes and duller yellowish-green legs (above). However, the eyes will begin to change to red before it grows into sub-adult stage ( below)

From the sub-adult stage onward, I noticed that there were differences in the color of the bills.

This is a sub-adult based on the duller greys and whites. It has a black upper mandible and a pale yellow lower mandible. Could this be a feature of a female? 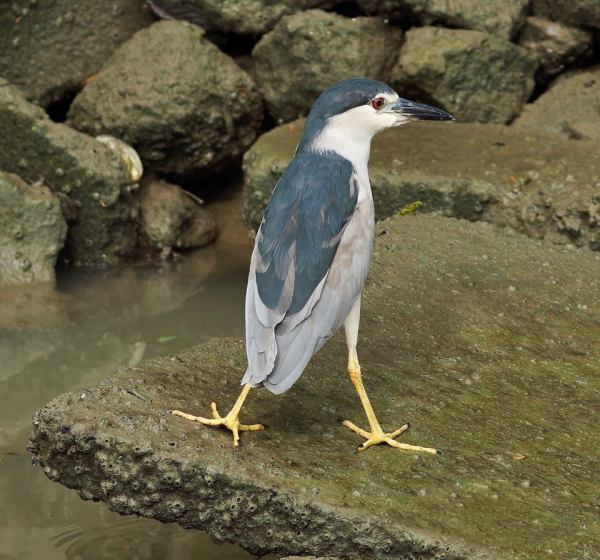 This is another sub-adult but it has an all black bill. Could this be a male bird?

I found the same difference in bill color for the adults too. This one has a bi-colored bill.

And this adult has a totally black bill. Is this a male bird? My next project is to try to find out if and when do the color of the lower mandible change from greenish-yellow to black for both sexes or only the males. 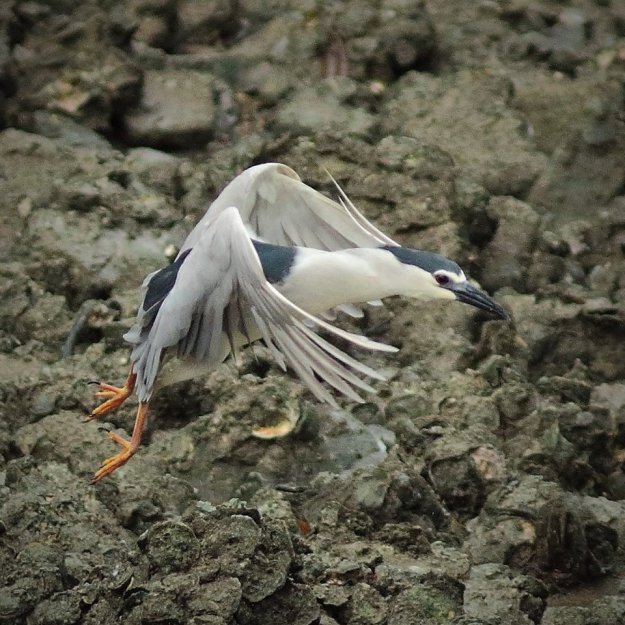 During the breeding season, only the male Night Heron’s legs turns from greenish-yellow to pinky-orange (above). Their bills are all black.  It this part of color change during breeding or a feature to separate the sexes?  Your views and comments are most welcome.