Close to 100 eager participants gathered at the Sungei Buloh Wetland Reserves on 16th October for the 32nd Singapore Bird Race 7.30 am flag-off. 18 Photographer teams, 14 Advanced and Novice birder teams made up this record turn out for a chance to bird inside the conservation core of the Kranji Marshes. The change of format to a half day instead of a 24 hours race help to entice more new participants to get a feel of what a bird race is all about. All enjoyed the race and most will take part again based on the survey done after the race. Some even asked a longer race!

A record turnout of close to 100 participants from 32 teams for the 32nd Singapore Bird Race.

Lim Kim Chuah Chairperson of the Bird Group and organizer for the 32nd Bird Race briefing the participants on the Rules and Regulations before the start of the Race. 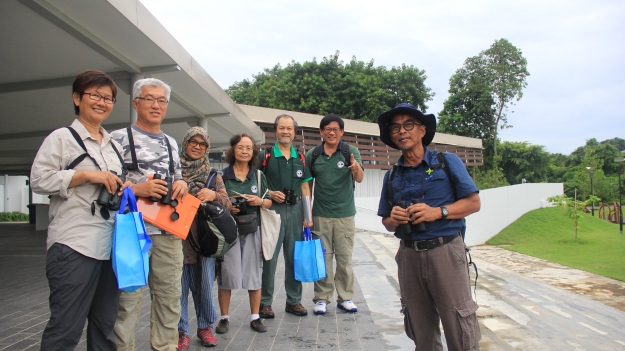 We are most grateful to Simon Siow ( second from the right) for fielding not one but two teams from MNSJ for this year’s Bird Race. His team ( with Alyce Ang and Jimmy Lee) recorded a creditable 60 species in the Advanced Category. The Bird Group will be visiting Danga Bay with MNSJ to check on the waders wintering there in December as part of joined activities with MNSJ.

Just after flag-off, all eyes peeled to the skies for the early ticks

Teams in intense action inside the Conservation Core of the Kranji Marshes. Many thanks to SBWR for opening this area for the Bird Race.

Teams at the main bridge at Sungei Buloh Wetland Reserves shooting egrets roosting on the mangroves.

The Duck Hide inside the Kranji Marshes Core was a great spot to tick the Black-backed Swamphen. This is the first visit to the Core Conservation Area for many of the participants. 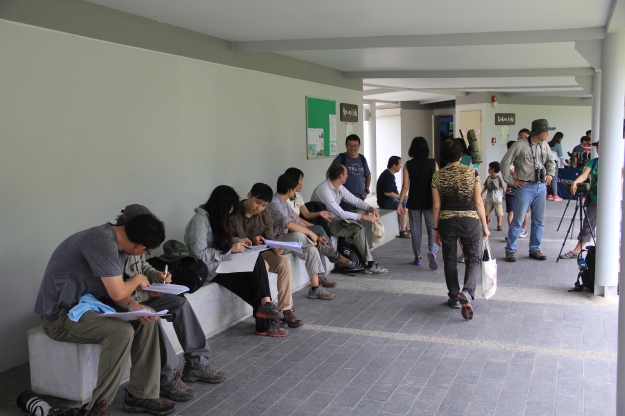 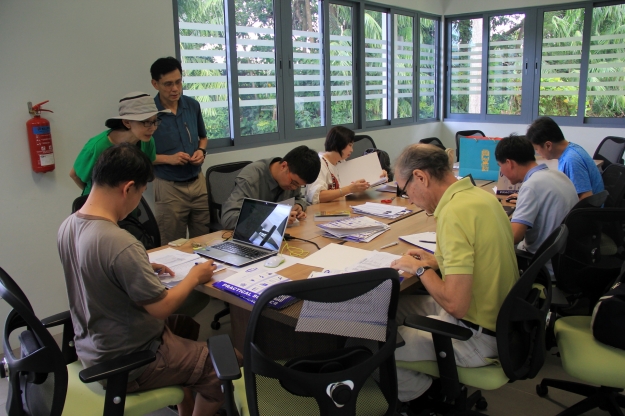 Arbitrators Morten Strange, Albert Low, Francis Yap, Tan Gim Cheong and Lee Taih Khee checking on the entries of the various teams to determine the winners. Many thanks to all our arbitrators for helping out on their rest day.

Time to tuck in to a sumptuous buffet after a hard morning’s work and swapping stories with other teams.

We are grateful to Dr. Lena Chan, Director of the National Biodiversity Center at NParks, for gracing the Bird Race as our Guest of Honor.

Morten Strage author of several regional bird guides highlighting some of the notable species recorded during the race like the Bar-tailed Godwit, Long-toed Stint, Little Ringed Plover and Pacific Swifts.

Albert Low talking about the bird diversity in South East Asia. He and Yong Ding Li recently launched their book “100 Best Bird Watching Sites in Southeast Asia” which was on sale on the day.

Leong Kok Peng Vice President of NSS giving away prizes to Eyzat Amer of Team “Tiger Shrike” Winners of the Advanced Category with 75 species, a super effort. The team was led by Martin Kennewell with Richard Carden. Congratulations!

Father and daughter Team “Sandpiper”. Dad Lim Kim Seng turned a family bonding session with daughters Nur Diana and Nur Nadia ( both not in the photo) into a winning affair taking second prize in the Advanced Category with 69 species.

Team “Aim High” ( Richard White and See Toh Yew Wai with G.O.H Dr. Lena Chan) certainly did that. They came up tops among the 18 photography teams with 66 species photographed. This was a fantastic feat making them Winners of the Photography Category and third overall total for the day. Well done Richard and See Toh. 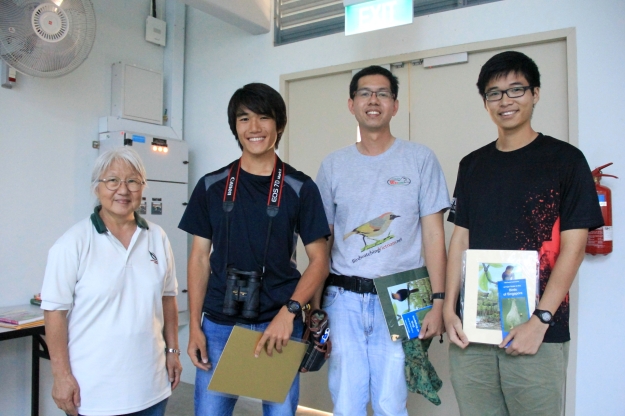 Dr. Lena Chan with team “The 3 Roosters” of  Laurence Eu, Alan Yeo and Zenon Kosiniak. They shot a combined 43 species to claim the third prize. Great effort for first timers, definitely something to crow about.

Adrian Silas Tay led team “Weekend Birders” with Daniel Ong, Jerold Tan and Aung Mee to pick up the first prize for the Novice Category with 60 species receiving their prizes from Leong Kok Peng VP of NSS.  Great job guys. Congrats. You are hereby promoted to the Advanced Category next year.

Another family team the “Banerjee Family” led by Anish with Atish and Debina came in second in the Novice Category with 51 species. A great family effort.

Team “Rajawali ” led by Ann Ang with her Mum Cecila Mah and Pat Ong took it easy this year to claim a podium place with 47 species. They were past winners in this category. 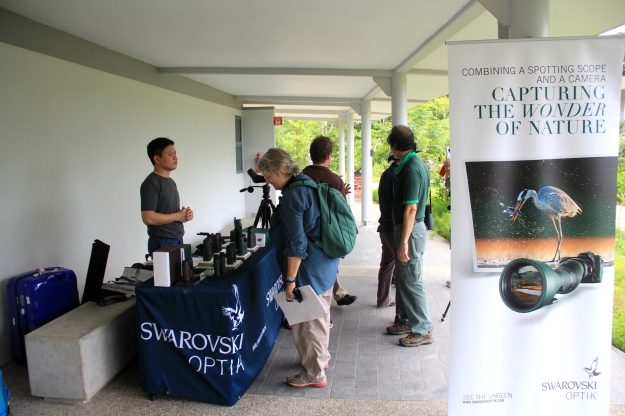 Swarovski Optics, long time sponsor of our Bird Race with their latest scopes and binoculars for the participants to try out.  Many thanks to Swarovski Optics and Klenn Koh for your continued support. 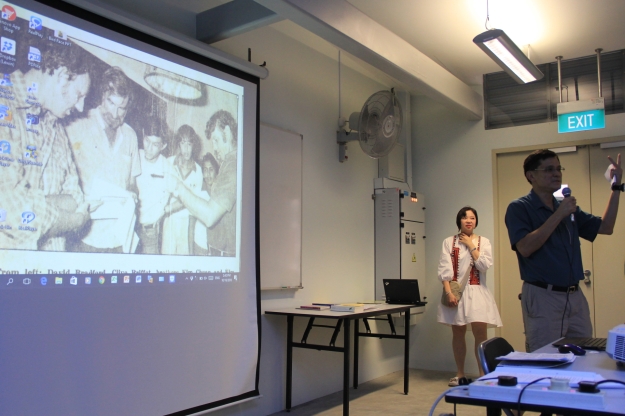 Lim Kim Chuah Chairperson of the Bird Group and Organizer of the Bird Race thanking our sponsors, volunteers and participants at the close of the race. Special thanks to co-organizer, Lee Ee Ling, Yap Wee Jin, Nisha and Delphin. See you all next year!